In recent months there have been widespread protests by the far right in response to the Trump administration’s baseless claims that the election was rigged in favor of president-elect Joe Biden. During these protests we have seen various armed militias, Qanon supporters, and Proud boys collaborate and take part in street violence against antifascists and political dissidents, including BLM activists. In the wake of Trump’s defeat in the 2020 election there have also  been growing calls for a civil war by these same groups in the hope of keeping the Trump administration in power. One particular group that has come to the forefront of this movement is the Boogaloo Boys, an armed self styled militia that often dawns Hawaiian shirts and body armor during protests.The Boogaloo movement does not subscribe to a coherent or unified ideology, but instead are unanimous in their call for a civil war. Many Boogaloo Boys consider themselves to be right wing libertarians, but there are some who are overt white nationalists and Neo-Nazis, which makes sense because the term “Boogaloo” itself was originally used in white nationalist communities to refer to an outright race war. Many Boogaloo Boys are ideologically similar to terrorist groups like Atomwaffen division and The Base, who believe in bringing about the collapse of modern society in order to create a white ethnostate. At times they will even go as far as to adopt the aesthetics traditionally associated with Neo-Nazi accelerationist groups in the United States, including the skull mask often worn by members of the Base and Atomwaffen. Boogaloo boys have been known to show up to both Right wing and BLM protests, oftentimes to foment violence between the police and protestors in an attempt to start a civil war or commit violence against police. While the Boogaloo boys do not have the prerequisites to become a unified force with a coherent ideology, their willingness to commit violence and their proximity to white supremacist groups make them a threat to the broader community. This brings us to Cole Pennock a.k.a  Morgan Locryn a.k.a “Bard” in the leaked Patriot Wave chat servers posted by independent media collective Unicorn Riot.

Cole is currently a first year graduate student at North Idaho college in Cour’d’Alene Idaho. In the discord logs, Pennock mentions to one of his fellow Boogaloo boys that they can contact him through a facebook page called “Morgan Locryn”. He then tells us that this is not his real name.

It appears that the handle of the “Morgan Locryn” facebook profile is @cole.pennock.9. From there it was easy to find his real linkedin profile.

In the chat logs Pennock mentions he went to Washington State University. This along with his profile picture that matched the pictures on the Morgan Locryn account confirmed this was his real account.

Like most right wing libertarians, Pennock’s ideology is contradictory and incoherent. While he claims to be anti authoritarian and oppose the state, police, and foreign wars, Pennock also embraces Neo Nazi and white nationalist ideology. Many of his posts veer into explicit racism and fascism, including sharing memes promoting the white genocide conspiracy theory and admitting to listening to Neo-Nazi styled music.

Alongside Neo-Nazi tropes Pennock also seems to have an extreme hatred of black people, women, and the LGBTQ+ community

Alongside expressing extreme bigotry Pennock shows off his gear which he claims will be used in the Boogaloo. In one of his pictures he appears to have bought a Rhodesian Brushstroke sweater.

Rhodesia was a former British colony that collapsed in 1979 and has since become a symbol of white supremacy due to its laws prohibiting the black population from holding political power or high paying jobs. After the colony formally declared independence from Britain a civil war broke out between the state and the black population, which led to chemical/biological weapons being used against civilians and suspected insurgents, the mass arrests and torture of black activists, and the eventual collapse of the regime.

To this day the flag of Rhodesia has been used by white supremacists including mass murderer Dylan Roof.

Pennock also appears to have a large gun collection and claims to be an alcoholic. In the chats he frequently talks about drinking in the morning and while he’s posting on Discord

Due to his extreme racism and access to heavy weaponry Pennock poses an extreme threat to the people around him.

Please contact North Idaho University and tell them they have a Boogaloo Boy in their midst. They can be reached at (208)-769-3311 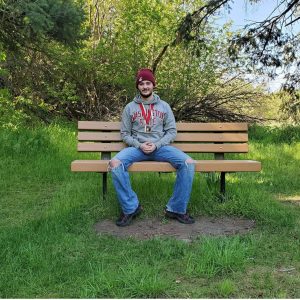 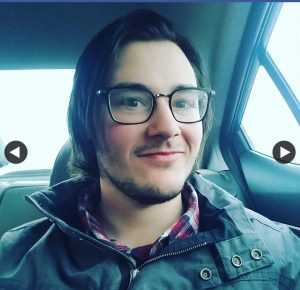